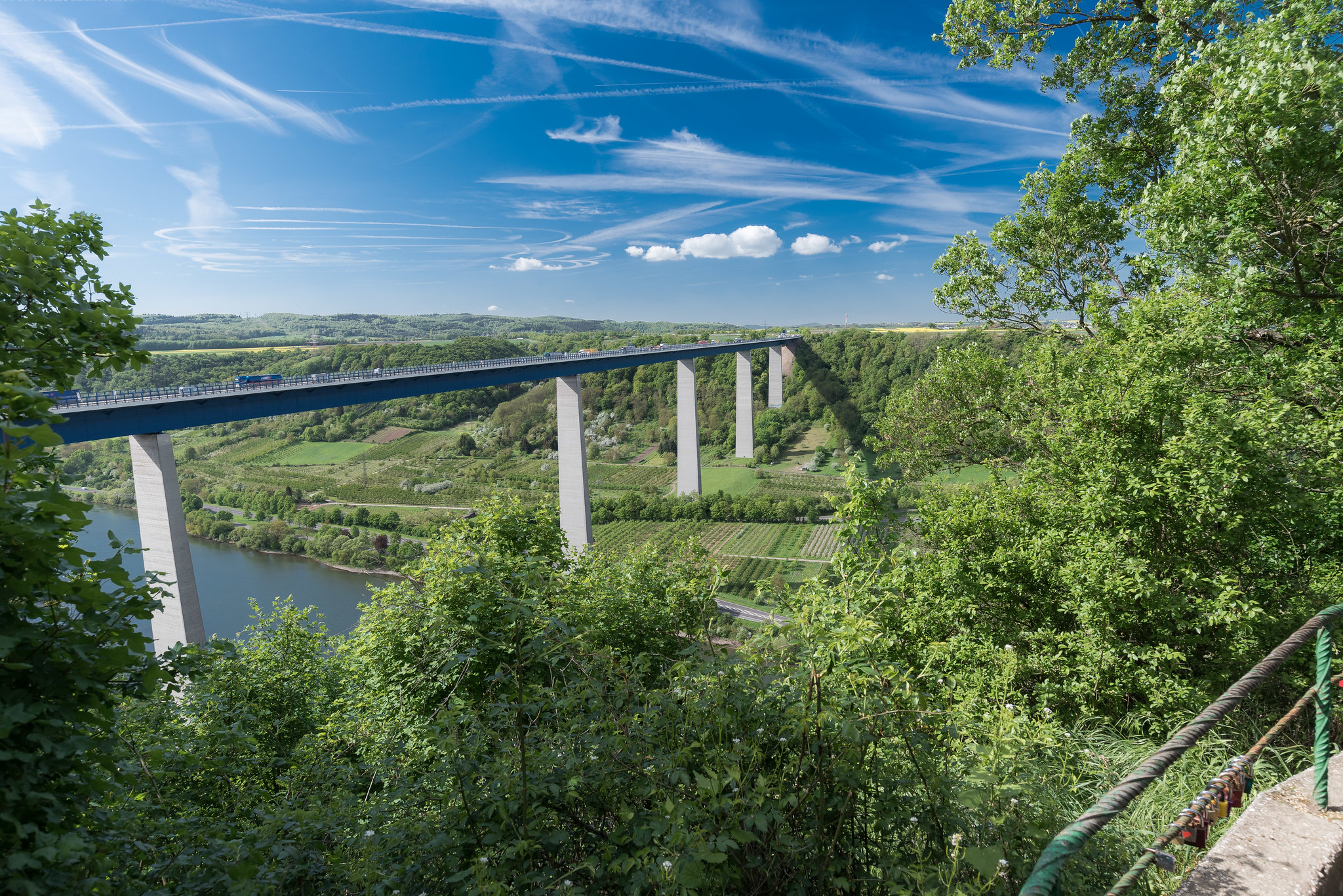 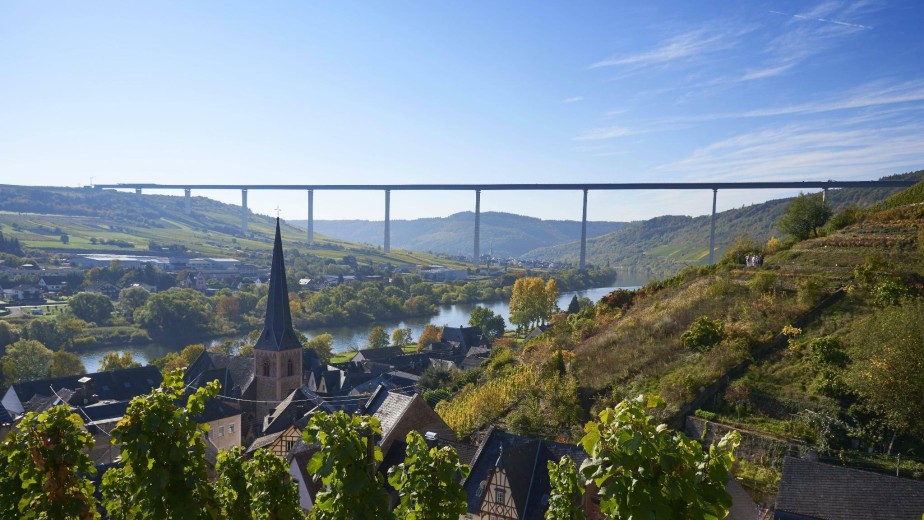 The Hochmoselbrücke is a major new road bridge, that cross the valley of the Moselle south of Ürzig and north of Zeltingen-Rachtig in Rheinland-Pfalz, Germany. The project was reactivated to link the Frankfurt  area, specifically  the  Hahn  airport, to  the Belgian and Dutch harbors with updated plans drawn in the early 21st century. The plan calls for a 1702.4m long steel box beam bridge that crosses the river at a maximum height of 158m. The width of the bridge is 29m to allow four-lane traffic. Ten    monolithic pylons made from concrete support the bridge, their height varies between 15 and 150m.